KingSpry is proud to announce that two of our attorneys, Donald F. Spry, II and Kirby G. Upright, LLM, CPA, have been named in the 28th Edition (2022) of The Best Lawyers in America®.

The 2022 edition of The Best Lawyers in America® recognizes the professional excellence of more than 66,000 lawyers in 147 practice areas, including 5,846 “Lawyer of the Year” honors awarded to 5,842 lawyers.

More than 10.8 million evaluations were analyzed in the United States, which resulted in recognition of approximately 5% of lawyers in private practice across the country. 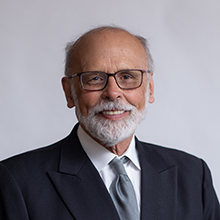 Donald F. Spry, II is a founding member of the KingSpry law firm and has been named to the list since 2015.

He chairs the Family Law Practice Group and is also a member of the Education Law Practice Group. As a Pennsylvania Bar Institute faculty member, he lectures frequently on family law and also lectures on education law for other organizations.

Mr. Spry has represented public school district clients since 1973 as a solicitor and special counsel. In that capacity, he has advised school boards, directors, and administrators, and appeared on their behalf before state and local agencies and in Pennsylvania courts. He is a past president of the Northampton County Bar Association and is past chair of the NCBA Law and Family Court Rules Committee.

He is a member of the Pennsylvania Supreme Court Disciplinary Board hearing panel and is a biographee in Who’s Who in America and Who’s Who in American Law. He was named a Super Lawyer by Philadelphia Magazine, is also listed in the Bar Register of Preeminent Lawyers (Martindale-Hubbell). 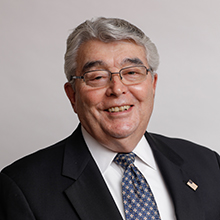 Kirby G. Upright is a member of the firm who holds a Masters of Laws (Taxation) as well as being a certified public accountant. He has been named to this list every year since 2005.

Mr. Upright takes particular pride in having been elected a Fellow in the American College of Trust and Estate Council (ACTEC), a prestigious organization to which only attorneys who meet certain exemplary standards are invited. He is one of only three attorneys in northeastern Pennsylvania and approximately 1500 ACTEC Fellows in the U.S.

Mr. Upright is a frequent lecturer on matters of estate planning and administration and regularly serves as a faculty member of and has authored many articles for the Pennsylvania Bar Institute as well as other professional organizations. He is the past chair of the Real Property, Probate and Trust Section of the Pennsylvania Bar Association, and an Accredited Estate Planner by the National Estate Planning Council.