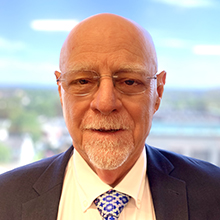 KingSpry is pleased to welcome attorney Richard J. Shiroff to the firm, where he will focus his practice in family law.

After many years in private practice, Attorney Shiroff will serve of counsel with the firm.

In the 1970s, Shiroff served as an Assistant District Attorney and Assistant Public Defender in Northampton County. He is a former solicitor for the Easton Zoning Board, served on the board of Twin Rivers Bank through the 1990s, and served as the Chair of Northampton County’s Election Commission in 1998.

Mr. Shiroff is admitted to practice in Pennsylvania, U.S. District Court, Eastern District of PA and U.S. Supreme Court. He received his B.A. from Pennsylvania State University, and earned his Juris Doctorate from Temple University.